The Redeeming Pursuit of Purity in Grace 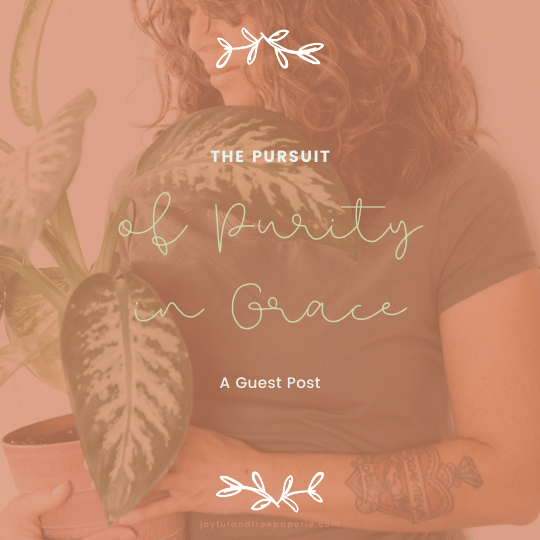 The Redeeming Pursuit of Purity in Grace

This is my redemption story. I hope it’s never yours and of course, it never will be quite the same. But here are some exhortations rooted in hindsight…

This beautiful world we’re born into doesn’t want us pure. Our culture wholly scorns the concept and the church has even become soft in many ways to the highest standards of purity. I’m not simply referring to chastity, but to a comprehensive vision for pure selves. A purity marked by humility and service, one that’s evident in mind, body, and soul. One that’s only possible through and with Jesus.

I don’t believe we’re a victim of our circumstances.

We have the ability to make our own choices, regardless of how we’re raised or what we have to walk through. Most of us have been exposed to enough life to know the difference between right and wrong, what we ought to do and what’s better off avoided. Exposure and the imprinting of our God on our souls teaches us that.

That being said, there is great power in the darkness. Mental illness and circumstantial forces weigh heavily on the mind and soul, and without proper moorings and a well outfitted ship, you’re likely to capsize, run aground….choose your boating metaphor. Available support systems, rooted biblical foundations, and robust health are key elements to making good choices in difficult circumstances. 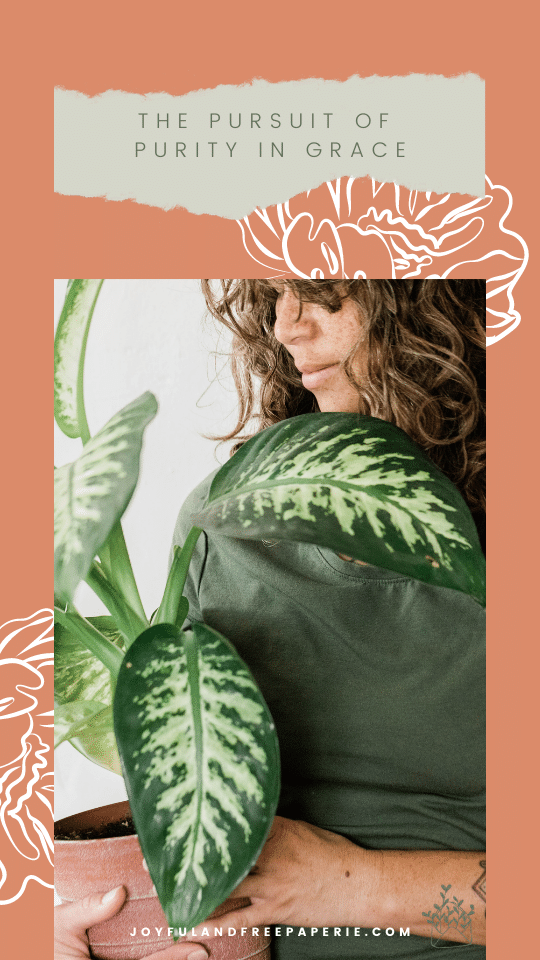 My Story of Capsize

While my foundations in knowledge were solid, my support systems and mental health were failing and it opened a vacuum in my soul that needed filling. Lacking the confidence offered by the unconditional, doting love of an earthly daddy, I sought that affirmation elsewhere. If others were willing to “love” me, wouldn’t that be enough? Wouldn’t that fill the void? Wouldn’t that affirm my worth?

I knew those answers before I sought them. My head knew them. But my soul, my identity, it did not. It was still flailing and searching and desperate to be someone’s priority. Although I was steeped in the teachings of purity culture, those teachings did nothing to touch the crisis of identity that struck when my nuclear family went nuclear. My parents split up and even though their marriage wasn’t anything to emulate, it was what I had. My physical foundations were crumbling and the support systems I’d once had were emitting radio silence (mom was emotionally unavailable and close friends were busy with college and their own identity crises).

Age old vices beckoned and I eagerly tried on the identity of good girl gone bad. The former wasn’t working for me, and jaded by life’s betrayal and an uncertain future, the latter seemed valid. And let me tell you, it was easy to fall into. As easy as slipping into a new jacket. The enemy watched my toe dipping and was ready with opportunities to dive in headfirst. He is no stranger to a backsliding believer and will gladly facilitate a departure from faithful Christian living.

Graciously, Jesus wasn’t content to leave me there mucking about in the filth I’d sought out. He continued to pursue me and gently called me out of that pit and back into his light. It wasn’t all sunshine and roses and an obvious about-face. It was a process of clinging to godly relationships and letting less savory ones die. It was recognizing myself in the image of Jesus because as he is in me, I too am in him. It was the prayers of the faithful, sustaining me and pressing me forward when I didn’t want it and didn’t know it. It was the utter faithfulness of a God who loves me fiercely even when I spit on him, degrade his temple, and profane his name.

Lessons from the Redeemed

This is my redemption story. I hope it’s never yours, and of course, it never will be quite the same. But here are some exhortations rooted in hindsight:

One: Sin begets salvation, but that’s never cause for dabbling. You are sinful enough already, trust me on that one. Do not test the Spirit. Do not toy with sin. You will not succeed in your pursuit of “fun” and will only experience heartbreak in the end. There is no upside. No silver lining. God doesn’t need you to experience a rebellion to teach you everything you need to flourish and create beauty in his kingdom. Don’t be bullheaded enough for him to surrender you to your own devices. Simply put, make good choices. Godly choices. You will never regret them.

Three: Don’t underestimate good health. When we’re sick in one area, we’re susceptible to systemic illness. Your spiritual health, physical health, and mental health are a unit. They do not function apart from one another like separate floating orbs in your being. They are one and directly affect each other. Pursue wellness and get qualified help if you don’t know how. Pursuing purity starts with valuing purity and recognizing it as a multi-faceted event expressed in body, mind, and soul.

Two: Assess your support systems regularly. Who is in your life? Who are you close to? Here’s a good test: if you were to have a stranger begin asking you questions about Jesus and who he is and what he did and you led that stranger into a relationship with Jesus, who would you tell? Do you have someone who would rejoice with you? Someone who’d even care? You’d better. If not, find someone. Pursue that relationship. If that one fizzles, find another. Find someone (or ones) who is willing to step on your toes, get in your face, and sharpen your resolve. If you don’t know where to look, look in your local church. Pray fervently for the Lord to bring someone into your life who can be part of your support system. Don’t let this one slide. God uses people to impact us and you are no exception.

Finally: Fortify and refortify your foundations. There is no substitution for prayer, time in the Word, and consuming biblical instruction. We need to be consistently discerning of our relationships and our own health. In order to do that effectively, we need the standard of truth to measure those things by.

That’s certainly not a complete recipe for success. It’s good instruction from the mind of someone who’s “been there” for a season. But life doesn’t bow to cookie cutters and is bound to present different facets and complexities for you to walk through on your own two feet. Just remember to outfit those feet with the full armor of God each day and to rest securely in your identity as His. A’la the eloquent and wise Brennan Manning, remember this phrase and repeat it regularly: “Abba, I belong to you.”